Liabilities from human employees may pale in comparison to those presented by a workforce comprised of robots.  To kickstart your thinking about liability, look at the range of workplace functions predicted for robots in a recent 14-page special report in the Economist, called “The Rise of the Robots.”

The popular media are obsessed with robots and their expected impact on employment. But only a few reports have explored legal liability.  Habeas Hard Drive looks one step further, at the impact of robots on evidence preservation and discovery.

A robot is a semi-autonomous device that appears to think for itself, but in reality carries out instructions from a human-controlled system, with one or more relay points between the device and the source of the commands. Depending on the system, there might even be instructions coming from multiple points of origin. All of this information is digital evidence.

Evidence surrounding a loss, damage, or injury is available not only from the robot’s memory – the information coming out of the machine – but from upstream data that’s sent to the robot. More in a moment about robots in industrial settings.

But first, driverless car liability is sexy right now. The Washington Post  recently waded into a few of the questions, but failed to contemplate the vast number of inputs these road-worthy 4-wheeled robots will  encounter, as they receive signals from traffic lights, road signs, lane-divider bumps, satellites, other vehicles, as well as from their human masters, who presumably can manually alter their course.

Habeas Hard Drive believes the continual hashing-over of driverless car liability derives not from an actual survey of potential tortfeasors, but primarily from our thinking based on current automotive realities. That is, there are currently huge numbers of traditional vehicles on the road, with a relative few costly-but- consequential incidents, mostly human caused.

Let’s get back to the workplace.  As business expands its use of robots from the factory floor and logistics, to delivery by “drones,” and dozens of other areas, these robots will cause injury and damages.  The robotic workers will receive commands via internet protocols, and will have sensors and information with investigatory significance. Well-training human intervention will be more critical than ever in monitoring, and understanding how incidents occurred as part evidence gathering.

Ironically, with an unprecedented number of sources, and many decisions necessary about how to approach the evidence, many forensic experts are offering a robotic solution to eDiscovery,  involving software programs that searches keywords and print out logs.  Consequently, the evidence presented in some of the cases is woefully lacking in context and meaningful analysis.

Habeas Hard Drive suggests that “click forensics” – robotic evidence gathering –  doesn’t do justice to complicated fact patterns. Interpretation of the data requires human eyeballs and human judgment.  Such analysis is also helpful in deciding how to spend — or not spend — precious time and money.

By the way, robots do make mistakes, as this embarrassing story about a wrongful arrest reveals.   Unquestioning reliance on automated systems is foolish in all cases. 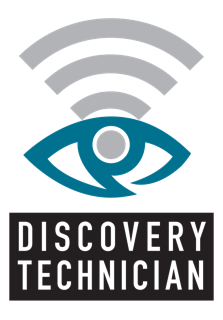